You can Eliminate your Debt and Change Your Life!

Can my Wife or Partner and I File a Consumer Proposal Together?

A Consumer Proposal filed by two or more people is called a Joint Proposal and in limited cases, can be a viable debt settlement option.

In order to qualify for a Joint Consumer Proposal, all or substantially all of the assets and liabilities or debts must be the same. 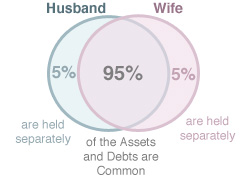 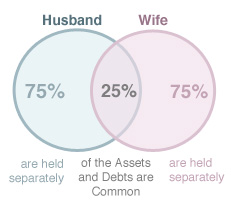 WHAT ARE THE ADVANTAGES AND DISADVANTAGES?

The Principal advantage of filing a joint consumer proposal is that all aspects of your debts are dealt with together and the costs associated with administering your proposal are reduced, allowing your creditors to receive a larger portion of your payments, which may act as an incentive for them to accept a proposal from you.

The principal disadvantages of filing a consumer proposal on a joint basis is that you are “crazy glued” to that person for the entire term of the proposal. If one person decides not to participate in the proposal or a couple decide to separate and there is a dispute between them, one person may be required to pick up the slack if one of the parties refuses to participate.

For example, if the monthly payment in your joint proposal is $800.00, you are jointly and severally liable for the payment, regardless as to what happens later. It is not that each person pays $400.00/month, and their payments are separate.

Not to try to discourage anyone from filing joint consumer proposals, but the most common scenario we see involves joint consumer proposals where a couple separates during the term of the proposal, and one of those individuals cannot or refuses to pay and the other, in order to keep the proposal alive and prevent a bankruptcy, pays the whole thing by himself/herself.

As you can see, if there is any chance of marriage discourse, or likelihood of the parties going separate ways, a joint consumer proposal is not likely your best option.